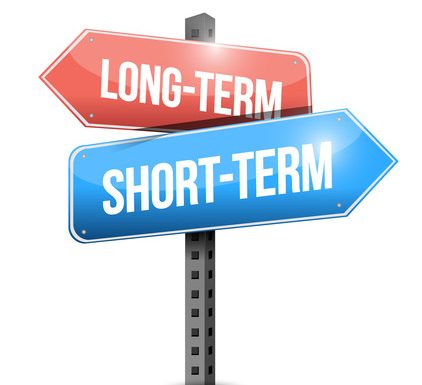 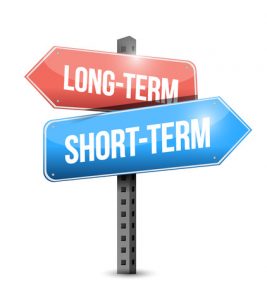 It may sound crazy, but the average person should take a look at their life and plan a vision for the future, fifty years out. If you are middle age, you may find that your chances of being alive in 50 years are slim to none. This is the key. Because what you plan now has the ability to outlive your life.

In goal setting, I’ve always heard that you should plan your life so that good things are said at your funeral. You should treat people well and live a life of integrity. While these are great tenets to live by, the real truth is, people will come to your funeral, say what they will, and go on and live their lives.

It’s what exists two weeks after the funeral is over that constitutes your legacy.

To illustrate how important it is to set a long term vision for the future, here are three stories of people that I know, that are creating a legacy that will live on far after they are gone. While it will be tragic when their funeral comes, their presence will be felt for decades out. The first is…

I met Marty Edwards back in the mid nineties, when he was the pastor of Lamb’s Fellowship, a mid size church in the Temecula Valley. Marty is a good looking guy, now in his fifties, that always carries a smile with him. Just being around him, you know he cares a lot about other people. Back in 1999, he caught a bug going around a lot of pastor circles, and never recovered. He acquired a Harley Davidson Motorcycle and never looked back. He started riding on weekends and hanging out at the Harley shop in Temecula. Being a yuppy biker, he wanted to look the part. First it was the jacket, then some riding pants, and soon he had the beard and even a tattoo. 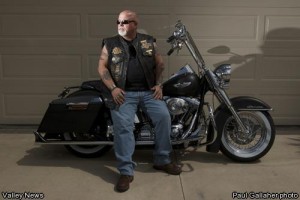 This was disconcerting, to say the least, to his conservative family oriented congregation. Because, if you know Marty at all, his friendly attitude is contagious and he soon attracted other bikers to attend church with him. First it was just one or two leather jackets in the crowd, but the word soon spread and the biker population literally exploded on Sunday mornings. People started talking. The whispers of a bad example were heard in the hallways. There were even women in leather jackets now. At Lamb’s Fellowship, these guys became known as the black sheep of the congregation.

One day Marty came out to find his bike’s tire had gone flat. He called the dealer and a young man named Michael came and picked him up, and took his bike back to the shop. As the tire was being fixed, Michael took off on his bike and was tragically killed at the corner intersection, by a truck making a right hand turn. This tragic event shook Marty to his core. Having talked with the young man just minutes before, he had wanted to make a difference in his life. What happened next was almost prophetic. Within minutes of the Michael’s death, Marty was leading a prayer vigil at the Harley Shop. He was talking with hardened bikers, many who would never grace the doors of a church. Many opened up and shared. From this one horrific accident, a ministry was born. Black Sheep Harley Davidsons for Christ became a reality.

The group started riding on Sundays, with bikers from all over the valley joining in. Soon Marty resigned as pastor from Lambs, to take on the Harley ministry full time. That was just the start. The group expanded statewide and then it literally exploded across the U.S. from state to state. Now it has become an international ministry.

All because of a vision of one man to take the Church to the people, where they were.

The Man on the Platform

I started blogging in 2005 and looked for other bloggers in the Personal Development Arena to converse with. One of my early mentors was Michael Hyatt, the CEO at the time of a large publishing company. In the early days of blogging, our sites were rather crude, with low res graphics and narrow templates to fit the lower res screens of the day. Michael was using Typepad and I was using a very early version of WordPress. Michael’s blog was called, From Where I Sit, an insightful look at leadership from someone sitting in the CEO’s chair.

As a Technology person working for a large school district, I had just taken on a management position. I ate up Michael’s leadership advice, responding almost daily with comments and questions. The cool thing was, Michael would often respond directly to me. As a new leader with a lot of responsibility, his advice was incredibly helpful. He had been, where I was going.

Over the years, Michael and I became pretty good friends. We are both the same age, and have the distinction of both being Fuller Brush men early in our careers. I attended his Create Cruise back in 2011 and had a chance to meet Mike in person.  He was very gracious and offered to help a small group of us with our book proposals. I not only learned leadership advice from him, but the realities of getting a book published. One thing Michael has always preached… set long term goals. 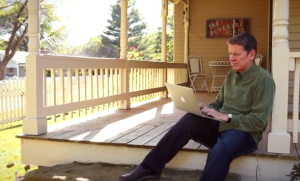 As a core foundation of a business venture, Michael’s book helped him leverage several online ventures, from his membership site, Platform University, to his publishing encyclopedia, Get Published Now. But what has been really exciting, is to see his newest venture, 5 Days To Your Best Year Ever, just explode. He initially launched it last year, in December of 2013. It beat his expectations. He is launching an expanded version this year, and in the first day of his launch, he broke last year’s record.

What is nice about this program, is it takes Life Planning and sets it up into a simple five day process. It’s based on Michael’s extensive experience, and given his current results, I would highly recommend it for your goal setting process. Michael has always been real helpful, but this program takes it to a new level. Michael reaches over 400,000 people a month with his blog. Now he is helping thousands of people find success in the New Year.

Michael’s secret of success… setting a long term vision and helping other people achieve their dreams.

I remember the day well. Marie Waite wanted to help small business people in the Temecula Valley become more successful. As the leader in a Real Estate company with over 50 agents, she had a true heart for people. She announced her plans to our Toastmaster’s group. It sounded like a grand plan, especially the part about creating it as a Non-Profit. I have to admit though, I was a little sceptical. Marie is from the Philippines, and her English at the time was not always the smoothest. She had this crazy vision of hundreds of people attending spring and fall business conferences, with attendees and businesses from all over the county.

I figured the idea would burn out and she would be on to the next big plan, just like so many other people. What I didn’t realize at the time, was the fire that burned inside her. Marie is a Sparkplug. She ignites passion wherever she goes. When she gets a vision, watch out.

Within weeks, she had people excited. Phone calls were made, emails exchanged and social media was on fire. She lit up Facebook. There was a lot of noise and meetings were launched. Ideas were all over the place. The plans slowly moved forward. The non-profit application was sent in. While things were moving, there wasn’t a lot of organization.

That’s when Marie turned to Steve Matley. Steve had run his own company in the construction industry and had been a major part of the planning and building of many large buildings in the San Diego area. You don’t build a Skyscraper without a plan. Steve came in and set up a foundational plan. He set up a board of directors, put meetings together, and the process gained speed. Within months, the Spring and Fall events were planned and the Inland Valley Business and Community Foundation became a reality.

During that first year lots of business owners were contacted by the IVBCF. Monthly meeting were launched, each held at a small business location. People became excited and signed up to be a part of the events. While the organization went through some growing pains, the Spring and Fall events went off well. But then something happened by total accident that changed everything…

Someone in the fashion industry talked to the group about doing a fashion show. At first it seemed like a crazy idea. But one thing led to another and a fashion show was added to their annual awards banquet. Suddenly there was interest in the group from different directions and new groups of people. One thing to know about Marie. She wants things done spectacularly. Not just good, not just great… but spectacular.

The awards banquet was just that. From this crazy idea at Toastmasters a few years back, led to this spectacular show. It had become so big, that it was now its own event.

Maries’ vision was to help other business owners like herself. This vision, with the help of a planner like Steve Matley, has taken on new meanings. Now many business owners and community members are being helped by this incredible organization.

And this vision is just getting started… with new chapters planned for other areas.

While it’s good to have a long term vision, actually setting 50 year goals will help you be more specific about what you hope to achieve and the people you will be involved with. From the stories above, whether it be a Ministry, a Business, or a Community Organization, each one became a reality because of one person’s vision.

In our next post, we’ll look at some long term planning tools to help your dreams become a reality.