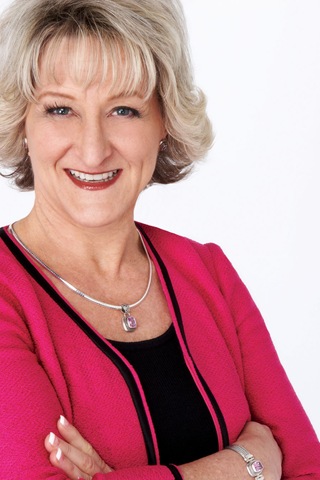 As a speaker or presenter, how do you really reach an audience? I’ve seen many different approaches in my years as a Toastmaster, but I had the chance last night to sit in on an amazing presentation. One that reached almost everyone in the audience in an informed and engaged manner for over 90 minutes.

The presenter was Sheryl Roush, one of only four women in the world that has reached the coveted Accredited Speaker designation by Toastmasters International. Sheryl was speaking to a diverse audience of educators, toastmasters, and professional business people at the school district where I work.

Sheryl’s presentation was entitled “Sparkling Secrets Of Speaking Success,” and was directed to those who want to connect better with their audience. Her  approach was centered around the theory of Multiple Intelligences put forth by Howard Gardner. This theory includes 7 different personal styles that include…

Right from the start, Sheryl’s presentation was focused on individual members of the audience. When you walked into the room before the presentation you noticed upbeat music playing in the background. If you were a musical person you instantly had focus. And if you were a linguistic person, her “sparkling” title on the screen was sure to engage you.

As Sheryl was introduced, her Mac based Keynote presentation started slide by slide in the background, reinforcing what the person introducing her was saying. The music faded out and all eyes were on her.

Sheryl engaged the audience and let everyone know that we would be working individually on projects included in the handout and then we would share our results as a group. This let the intra-personal people know that they would have a quiet work space for a few minutes and also engaged the inter-personal folks with a group activity.

The first activity was a Multiple intelligence test. We all turned to page two on the handout and she led us question by question through a numbered list of 28 items segregated into 7 columns. As we finished up she had us add up the columns and find out what our highest scores were. I scored highest in the linguistic, kinesthetic, and visual categories.

This was a lot of fun and as we finished up the test she went around the room and had different people share their different styles. Everyone was engaged at this point. Over the course of the next hour she led us through a mind-map activity and a very engaging keynote (Powerpoint style) presentation.

Her keynote slides all had an engaging title for the linguistics, pictures for the visuals and had numbered points for the math people. She also included very animated transitions between slides which added additional visual interest.

As she went along she used amazing vocal variety and even sang a few bars of a song to bring in the musical types. This was a hands-on, visual and audio masterpiece.

When she finished up after 90 minutes, I felt like it had only been a half hour or so. The crowd reaction was amazing and she took questions and answers to finish up the night.

Overall I was struck by how effective her presentation was. She engaged everyone in the room and definitely reached out to all of the intelligences. I learned SO much by just watching the interaction of the event that this list of 7 styles will definitely become a CHECKLIST for my next presentation.

Sheryl is also a published author of numerous books that inspire and motivate. One of her newest is entitled Heart of a Mother, a heart warming and engaging book that is the perfect gift for mothers day.