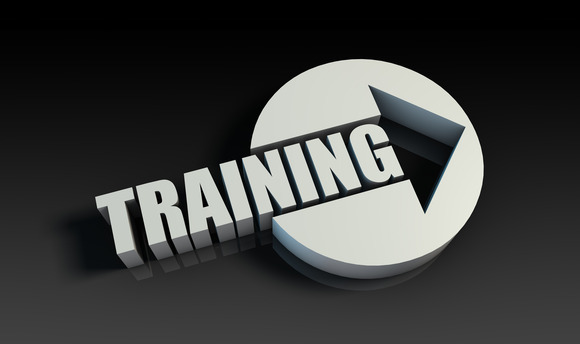 Years ago I did some training at a computer center in San Diego. It consisted of some basic MS Word and Excel classes as well as PowerPoint and Photoshop. While the basic instruction was good when following along with the trainer, I soon found myself wanting more. I found I really liked Photoshop, and I wanted to go past the basic lessons. I picked up an Adobe Training Manual in the bookstore, and set out to follow along with the built in lessons.

The training center had open lab time on certain days and I was able to sit down with my book and go through the lessons. At first I made good progress, but soon I would come to a section that would stop me cold. Usually it was an icon or menu selection that I couldn’t find. With some patience, I usually was able to do some experimenting, and find the hidden gem. While slowing me down, I quickly learned how the sub menus worked in Photoshop, and was able to move on.

My next challenge was to get the instructions right. Many times the text would give me a certain size to draw a box or circle. It was a relative term, like make a box that fills half of the screen. Sometimes I would get it right, but other times my results didn’t look anything like the pictures in the book. I would get frustrated, but luckily I had the patience to start over when the project went bad. With some trial and error I was usually able to move on.

Most of the project to in the book were about four to five pages long, with photos and descriptions of how the project should look when it was completed. After a few days working my way through some of the simpler projects, I understood how the projects worked, and would really focus on comprehending the exact meaning of the instructions. This made a big difference. With a long project it was really easy to get stuck.

However, there were projects that I just couldn’t complete because my version of Photoshop was slightly different or my preferences were set wrong. There was nothing more frustrating than spending hours on a project only to get stuck on one section and not be able to move forward. What I soon realized was that the book itself had errors in some of the lessons. This was extremely frustrating, as it wouldn’t work no matter what I did.

On certain days, there was an instructor in the lab that could help. My regular Photoshop teacher was usually able to get me past the offending error in the training manual and help me move on. This saved hours of frustration. Without her, I would have to stop and go on to the next lesson. The real problem was, many times I didn’t know if it was just me, or if there was really a problem with the text. After a couple of months of lab time, I completed the manual. I learned a lot, but I was also frustrated much of the time.

The step by step instructions were at times hard to understand, and when they didn’t work, it would make me want to give up altogether. Thankfully, with my instructors help, I was able to complete the book. The real problem with the Adobe book was that the lessons were way too long and had way too many steps. Get stuck on just one of them and you were stopped cold. In most cases you couldn’t go on until you figured out that one agonizing step.

This is the exact problem I’ve had trying to put together a training manual for eBooks. The lessons get long and complicated and when I have others try them out, they get frustrated quickly. I’ve added screen shots, video clips and the like, but the bottom line is that the more steps a tutorial has, the more chances of failure the student will encounter. Many times, it’s because the user’s screen looks different than mine. They may have a different screen resolution or operating system and things just don’t work the same.

After weeks of trail and error, I’ve actually come up with a system that is easy to use, has very few steps and allows a user to get their projects completed in a minimum amount of time. Instead of having to learn a new software interface they just copy in their text, add a title, and cover graphic, and push one button that compiles their work into a formatted and complete eBook. They can email it to themselves and open it in a Kindle app in just seconds. The look on their face when they see their professionally created cover, title and text is priceless.

That’s why I’ve decided to finish up this Kindle Publishing series with a promise rather than a long tutorial. Over the next few months, we plan to release a low cost product that will help you get published quickly and easily. If you live in the Southern California area, we will have hands-on classes to get you published fast and help you develop a marketing strategy to get your book to the top of its Kindle category. We’ve taken the frustration out and put the utility back in with a simple eBook Training System. Now you’ll be able to concentrate on writing instead of converting, modifying, and sourcing out your work. I’ll post more information soon as we get nearer the launch. In the meantime put together a goal for yourself, like writing a 1,000 words per day. Make it a habit and you’ll find that your eBook comes together quickly.