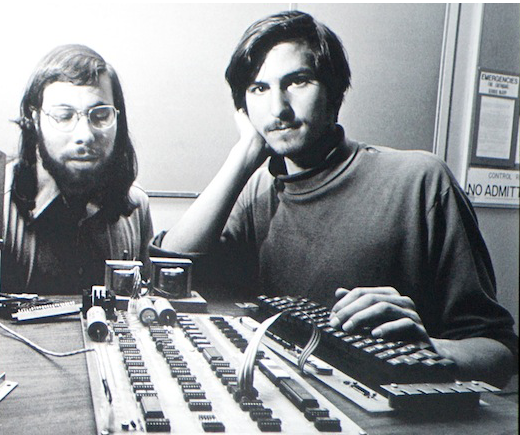 Steve Jobs, the co-founder of Apple computer, died yesterday. He was 56 years old and he left behind an amazing array of creations that we never knew we wanted until his company created them. Steve had amazing drive and intelligence, but he was truly gifted in one area.

He knew how to focus.

He knew how to say no to mundane ideas and focus on the best.

He could take a hundred competing ideas and pick one, just one, to focus on and run with.

He could see what we couldn’t see.

He could envision the future.

He could see us holding a new product in our hands, the shiny screen glowing with light. He could hear the music playing, and see the data flowing, and see the millions of smiles around the world that would be fascinated by its function.

He would stand on a stage, year after year, and show us new things.

He would share our amazement at devices so well crafted, and so easy to use, that they just “worked.” You didn’t have to go back to school, or take a class, you just had to know how to swipe, or drag, or point with your finger.

From the early Macintosh, to the iPod, iPhone and iPad, he thought differently.

While his competitors were telling everyone that it couldn’t be done, Steve showed the world how to do it.

Focus on one thing at a time, and make it the best it can be.

“People think focus means saying yes to the thing you have to focus on. But that’s not what it means at all. It means saying no to the 100 other good ideas there are. You have to pick carefully.”

Steve did that, and we are all a little bit better off for it.

I for one will miss you Steve. I will miss your roll outs, your speeches, and that little twinkle in your eye that represented the joy and fun you got showing us the cool things your technology could do.

I’m learning how to focus. To put the best ahead of the good. To say no to the mundane and yes to the brave new crazy ideas that are out there.

Thanks for the courage, Steve, to be different. To take a chance. To be a little bit crazy and to create something new and delightful.

Thanks for showing us the way. Rest in peace.