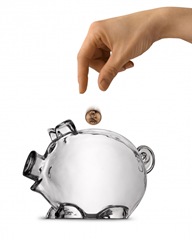 I was watching the hit TV show Deal or No Deal last night and a family ended up winning a penny. How could this be? They were offered over $200,000 a few minutes before and they didn’t take it.

Deal or No Deal is a game of odds and chance that unfolds when a contestant is confronted with 26 sealed briefcases full of varying amounts of cash – ranging from a measly penny to $1 million. Without knowing the amount in each briefcase, the contestant picks one — theirs to keep, if they choose – until it is unsealed at game’s end.

If you have ever watched the show you know how nerve racking it can be. It comes down to some preconceived goals as each remaining case is opened.

The risk element kicks in when the player must then instinctively eliminate the remaining 25 cases – which are opened and the amount of cash inside revealed. The pressure mounts as in each round, after a pre-determined number of cases are opened, the participant is tempted by a mysterious entity known only as “the Banker” to accept an offer of cash in exchange for what might be contained in the contestant’s chosen briefcase – prompting Howie Mandel to ask the all-important question – Deal or No Deal?

In last night’s game, with a series of bad draws, the family opened suitcase after suitcase of high dollar amounts which diluted what the banker was willing to offer them. Halfway through the show the family was offered $207,000. They didn’t take it. They finally ended up taking their original suitcase which could have been either $10,000 or a penny. It turned out to be just one red cent.

Having watched the show before I realized the chances of success are solely based on a contestants goal. If a contestant is willing to take $100,000, the odds are very good that they will walk away with that amount. If you bump this up to $200,000 the odds are still pretty good. Above that the odds really drop.

In the case of the family winning a penny, their goal was a million dollars. Had they set it to $200,000 they would have walked away with the money.

When we set goals in our life we need to do some research and ask some questions. We need to set the goal high enough that we don’t sell ourselves short, but not so high that we fail completely.

In short… we need to figure the odds.

We need to ask other people who have gone before us how they accomplished their goal. What were the pitfalls and problems? How did they overcome them?

If you set your goal at 50 pounds in a year you will most certainly fail.

If you set it at 20 pounds in twelve weeks you have a good chance at success.

If you set it at 5 pounds it wont be enough of a difference to stick with it. 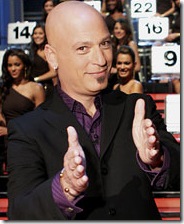 Deal or no Deal?