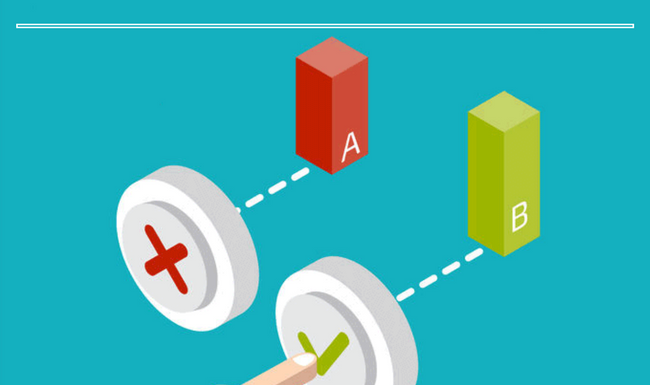 Goal success is dependent on a number of factors. You can have the best-planned goal, complete with SMART specifics, and fail miserably. The odds of success are mixed. I surveyed my readers a few years ago, and SMART Goals had about a 50% success rate. New Year Resolutions fare much worse. Less than 10% are successful. 25% fail the first week. 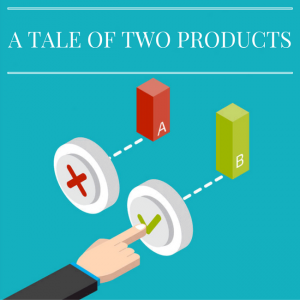 I’ve found the secret to goal success is in the execution. Unfortunately, there are many pitfalls along the way. One of the best ways to visualize how goal setting works is to see it in action. As a long time blogger, I’ve worked with marketing and product development for years. When you create a product, you set up a list of customer goals. You need to take a client through many steps down this goal list to complete the sales cycle.

Let’s take a look at the success and failure of a product goal since it is easy to see the failure points.

The Anatomy of a Product Goal

First, you need to get a prospective customer to buy your product. The purchase is dependent on the product cover art, specifications, marketing, and the customer’s perceived value of the item. One bad rating, cheaper competitor, or shipping problem can stop the process cold.

Once they purchase the item and get it home, they may have to put it together and make specific settings. They will need to have certain tools and knowledge to complete this step. Clear and logical assembly instructions are a must. If they don’t have a screwdriver or pliers, your best-laid goal may fail.

Finally, your customer will need to be able to use the completed unit. Complete step-by-step instructions with pictures are critical. If it requires batteries, you might want to include them. Are there age warnings or safety concerns? Better spell them out. Only when the customer successfully uses your product will the goal be a success.

If any step along the way fails, your entire sales goal will fail, and the product will be returned or discarded. The result will be a bad rating, further dampening future sales, plus the expense of return shipping. In sales and marketing, comebacks are disastrous.

On the other hand, when the product goal is complete, the customer will be happy, giving you an excellent rating and may lead to further sales in the future.

Let’s look at a specific Goal/Product example. By looking at two competing products side by side, it’s easy to see flaws in goal execution.

Over the holidays I purchased two small quadcopter drones. One was a direct import from a Chinese company called Hubsan, and the other was a packaged product from Horizon Hobby, an American company.

On the cover of the boxes was a picture of the drone along with specifications of what they would do.

The Hubsan unit was a fantastic value. For under a hundred dollars it came with built-in GPS, return to home, and a 12-minute battery, not to mention an HD video camera. I was genuinely excited to open the package and get flying.

The Horizon drone that came from my local hobby store was pretty cool too. The picture on the front of the box was exciting, and the back cover showed how it worked. There was a lot more information on this box than the other one. It gave me assurance that it would be easy to fly and that it was safe to use. However, the specs were underwhelming. It had a five-minute battery, no camera or GPS, was minuscule, but it was only sixty dollars.

Opening the packages was the trick. The Hubsan drone required assembly. You had two sets of propellers that had to go on individual motors each with a different colored screw. They gave you a tiny screwdriver to complete the task but forgot to mention that half the screws had right-hand threads, the others left hand. The instructions were in broken English. After an hour of messing around and watching numerous YouTube videos, I finally had the unit assembled. Unfortunately, it didn’t come with AAA batteries. Down to the store to pick those up.

The Hobby store drone was just the opposite. It came fully assembled with four AA batteries in the box. The lithium battery for the drone was pre-charged. I put the battery in the craft, the four batteries in the controller, and read two lines of instructions. I turned it on, put it on the floor and with a click of the throttle I was flying. Five minutes to a smile on my face.

I took the Hubsan drone to my local park to fly, but with confusing Chinese/English instructions, I couldn’t get it to go. I tried for about fifteen minutes and then gave up. Going back to my car, I pulled up a third party YouTube video up on my phone and finally figured out the complicated calibration and start-up sequence. After an enormous amount of time and frustration, I finally was able to get it to fly. Thankfully, I had enough willpower to see it through. For most people, it would be a return to the store. Fail, fail, fail.

Although I was ultimately successful with both craft, one took a tremendous amount of persistence.

Here is the number one thing I learned about Goal Success from these two little drones. It’s the little things that will stop you cold. Many of them are unexpected. Something as simple as a tiny little screw halted my progress. My simple product/goal analogy. For your goal to be a success, you have to put everything in the box.

In my drone example, the Hubsan company should have put the propellers on at the factory and sold the unit in a little bigger box. They should have hired a copywriter fluid in English to write the instructions. These two simple tweaks would solve 80% of the problems and ensure success to most buyers.

When I look back over my life, many of the goals I’ve set have set have ended in failure. Just like these drones, the simpler and more complete a goal was, the better chance I had of completing it. If everything was in the box, I was almost certain to find success. If anything was missing, I would be stopped cold. Stop me two or three times and I would give up. Many of my goals (weight loss, education, etc.) were a total waste of time and money because of some minor issue. Had I been able to get past the obstacle, the goal would be complete.

In our next few posts, we’ll take a look at goal success and failure points and find ways to get past the obstacles that keep us from success.

Question: What failure points have kept you from reaching a goal?