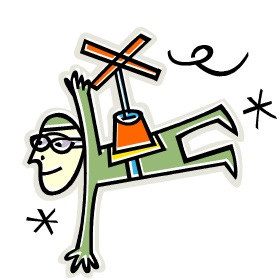 Growing up I used to have many dreams where I was flying. In the dream it was easy. I would just jump and flap my arms a few times and instantly I was flying through the air. The cool thing was I could instantly fly over my house and down the street. I could go high or low and I could easily land on a rooftop or telephone pole. 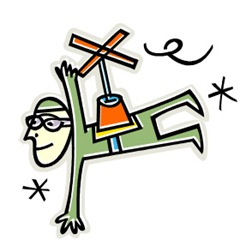 I was like superman without all the fanfare. While these dreams were very cool and many times I would want to go back to sleep just to fly some more, I quickly realized that this was just pure fantasy when I woke up. As much as I wanted to fly, there was no current way to do it like I did in my dream.

In my dream public speaking was easy, but when I woke up, reality was a much different place. Through the years I just about gave up on the dream. Fortunately someone invited me to a Toastmasters group. In Toastmasters I was able to give my first scary speech in front of a group of supportive people. And you know what… I didn’t die!

In fact I actually did pretty good my first time out. I remembered most of my speech and I didn’t need my notes as much as I thought. The cool thing was, all those words that had been trapped inside of me for years had a way to finally come out. Within weeks I was doing additional speeches, each time with more passion and confidence. Toastmasters helped me take the fear out of public speaking.

While both of these dreams were pure fantasy at first, public speaking became a reality because it was a doable thing. Others had blazed a trail and all I had to do was follow. Someday we’ll all be able to fly. Someone will blaze a trail and come up with an invention that will free us all from gravity.

Maybe that person will be you?

But for now, personal flying is a fantasy. We can dream it but we can’t do it.

Are you pursuing dreams in your life that are realistic and doable… or are they just fantasies blowing in the wind?

As an example, I have many co-workers that play the lottery every week. They probably spend an average of 10 dollars a week or 40 dollars a month pursuing this fantasy. No one has ever won the lottery where I work, but people play just the same.

The interesting thing is, those same people could amass a fortune over the years by taking that same money and investing it in an investment account that compounds interest. The path is straight and the concept is proven, but many people do not follow it.

The choose fantasy over reality.

We have all seen the people that try out for American Idol that can’t sing. They have this misplaced notion that they have singing talent when they really don’t. It’s somewhat humorous but often just sad to watch them give it their all. Their singing fantasies just don’t come true.

I would love to be able to sing and participate in a TV show. But my natural talents don’t include singing. While I could spend many years with a speech coach trying to improve my singing voice, it would probably be better for me to pursue something that I’m naturally good at.

One of the best ways to find out what a person will be good at is to have them take a strengths test. The Gallup organization has put out an online test that will help you find out your top 5 strengths. It’s quick to take and the results can really help you see your areas of excellence. 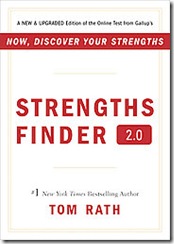 The test is part of a book entitled Strengths Finder 2.0 written by Tom Rath. For under 20 dollars you get the test and a book full of helpful advice to take your individual talents to the next level. Researchers have found that you are much more likely to be successful focusing on your strengths rather than your weaknesses.

My five top strengths include, Ideation, Positivity, Learning, Futuristic, and Individualization. The materials in this book and on the accompanying web site have been very helpful in setting my sites on what is truly achievable in my life. Instead of just dreams and fantasies I now have a road map to reality.