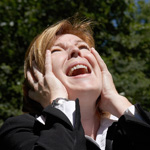 I’ve been on Twitter for a little over a year. In that time I’ve followed many people of interest and gained quite a few followers in return. I’ve learned how to add hashtags, and reply to tweets. I’ve learned how to DM (direct message) followers and shorten long URL’s. I think I’ve come to the point where Twitter makes sense. 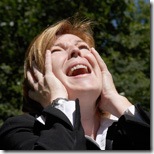 But over the last few months, my Twitter stream seems to just be… NOISE!

Where I work, social media is blocked, so I am limited to checking my Twitter stream a few times a day on my phone. As I’ve added people and put people in groups, the stream goes by faster and faster. My Twidroyd app on my Droid allows me to filter by list, but even those are growing and growing.

It seems lately like almost everything is a retweet or a reply without the context of the conversation. Then there is the occasional user who blasts out 20 tweets at a time and totally overwhelms my tweet stream. ARRGGH!

However, there is a silver lining. In the midst of the noise there is usually something of value. It might be a popular quote, a direct message from a friend, or a link to some incredible blog post or new idea.

Twitter still has value and posts today from Chris Brogan and Daniel Decker helped me see things in context and helped me find some new tools to make things better.

So here’s a toast to a better social media experience!