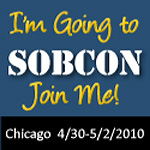 April first of 2010 marked our fifth anniversary here at Fire Up Today. It’s been a great run and I have met some incredible people along the way. Five years ago we didn’t have Twitter or Facebook, and LinkedIn was just an online resume. Blog software was very limited and the templates were simplistic. Yet the new frontier was exciting and growing incredibly fast.

One of the early blog pioneers that helped me get a foothold was Liz Strauss. She started a service on her blog to celebrate Successful & Outstanding Bloggers… or SOB’s as she called them. Each week she would give out badges to new blogs she found that were making a mark. On week 42 in August of 2006, she picked up Fire Up Today.

As her list of SOB’s grew, she got together with Phil Gerbyshak and a short list of Chicago area bloggers and organized one of the first nationwide blogger conferences. She called it SOBcon 2007 and history was born. The reports of the camaraderie and brainstorming were incredible. 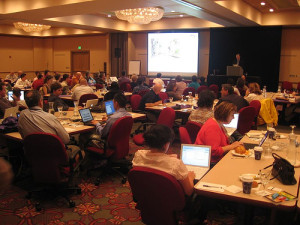 I have wanted to participate in this event every year, but since it’s over a thousand miles from San Diego, it’s been hard to get back to Chicago. But this year is different. Liz has teamed up with Terry Starbucker to create SOBcon 2010 and what a list of presenters.

The conference is setup in a mastermind style with group interaction. I can’t wait to sit in and listen to the collective knowledge of this group. Many of these people are the though leaders in the online world. I have followed many of them for over 5 years and I can truly say that they have a life and business changing message.

There is still time to sign up for the conference. Don’t miss out on one of the great events of 2010. I hope to see you in Chicago later this month!