I had an amazing experience yesterday. I attended the Catalyst West Leadership Conference in Irvine California where I was able to meet two of my social media mentors along with a cadre of other bloggers, tweeters and Facebook fans.

Chris Brogan had said something in a post a while back that came to life yesterday… If you want to get anywhere in Social Media you have to go to the conferences… you have to meet the people face-to-face and shake hands.

This really came to life for me… putting the faces to the avatars and putting the voices to their written words.

When I sat down at a table in the opening session, three gals sat down across from me and started talking among themselves. I could tell from the accents that they were from the south and one of them looked real familiar. It was then that I realized it was Lindsey Nobles, the communication director for Thomas Nelson publishers. I have followed her blog for quite some time and it was interesting to recognize someone from their avatar and blog photo.

The other two gals, Faith and Pam , were from Lifeway, a large company that produces church supplies and bulletins. I always wondered who made the bulletins I see on Sunday… now I know.

The first speaking session was Susan Isaacs, a writer and comedian, who gave a presentation on writing a memoir.  She related stories about writing her own memoir, Angry Conversations with God, in which she takes God to marriage counseling. It was fun and very insightful.

The second presentation was from Michael Hyatt, the CEO of Thomas Nelson publishers. He talked about social media and how to put all the pieces together. Michael had one of the most effective presentations I have seen in a long time. Using Keynote on a Macbook Pro, he created impactful slides with pictures and limited text. There were no bullet points here.

His presentation talked about creating a command center (blog), embassies, and an intelligence agency. His presentation took these complicated concepts and tied them together in a very understandable session. I talked with three people in the audience afterward and all of them were ready to get their feet wet and create a web presence.

I have followed Michael on his blog for about a year now, and he is one of my mentors in the social media realm. He has one of the best command centers on the internet, because he leverages his blog with Twitter and Facebook. He currently has over 75,000 followers on Twitter and about 100,000 visitors a month to his website. He has an large collection of helpful articles on Leadership and social media that you will find interesting. 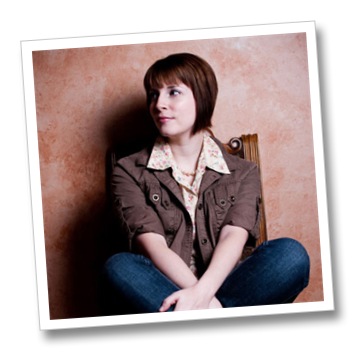 Anne talked about being on the front lines in Haiti, Africa, and just a few weeks ago in Russia. She related tweeting out to the world the horrors and destruction she had seen as well as the victories of people being saved from starvation, poverty, and even human trafficking.

She has been one of my social media mentors for a while because she writes from the heart. Her new book is due out soon and will certainly be a best seller. It was great to meet her in person.

Carlos talked about the trouble with blog “fame” and spending too much time looking at stats instead of writing for an audience. As his blog has literally exploded over the last few years, he has had to adjust his thinking and his writing to match a growing audience. It was an insightful look at a problem many of us wish we had. 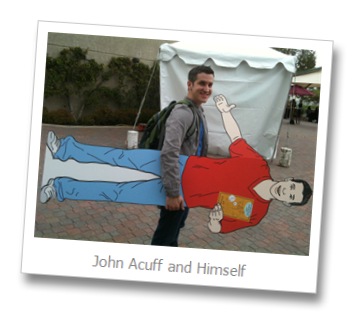 John Acuff totally messed me up. He talked about the growing fad of V neck tee shirts and how it is now cool to wear them. I didn’t know there was a V neck fad going on and I just felt old and out of touch… but I do know where to buy them now and what kind are REALLY cool. 🙂

Overall, the conference was great and Chris Brogan’s words were taken to heart. You really do need to go to conferences and meet the people making things happen.

Question: Have you been to a conference lately and what was your experience like?