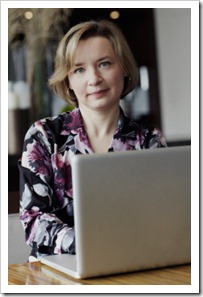 It was four in the afternoon and the thermometer was stuck at 90. As a writer, I needed to get my thousand words in for the day. I went upstairs to my office to work, but it was just too hot. I picked up my MacBook Pro and headed out with my wife to our local Starbucks. As we walked into the nice cool lobby, I looked at the menu board. There on a feature board was just what I wanted, the new cool lime refresher.

I ordered up a tall, and soon I was sitting at a table, my drink on one side and my wife on the other. I opened my MacBook and the unfinished chapter of my new book, Iron Rebel, came up. I read the last few paragraphs to get my bearings.

My protagonist, Jack Norton, was stuck in Hell’s Cycles at one o’clock in the morning. He had broken in and unfortunately set off the alarm. The strobe lights were flashing, the alarm was ringing. He tried to get out the way he came in, but found two snarling pit bulls waiting outside. He surveyed the room. Bars on the windows, chains on the doors. He was trapped like a rat.

He ran around the room in a panic. He must hide… but where. Suddenly he saw a door. It said “Men” on the outside. It was his only hope. He ran inside and could hear sirens in the distance. If the owner of Hell’s cycles found him, he would be dead. A gunshot to the head would take car of the intruder. If the police came, it would be jail or possibly prison. His only hope was the window at the top of the wall. He looked up and …

The cursor on my computer started running around the screen. Suddenly, sitting in a Starbucks, I had lost control of my MacBook. Screens opened, menus dropped. Whole cadres of programs opened. My story had disappeared. Someone or some thing was in control of my computer!

I looked around the room. My wife was happily surfing the web on her iPad. There was a man with a laptop directly in front of me, listening to music. There was a middle aged woman sitting in the corner with a Dell computer. My eyes fixated on her. I had seen her here the day before. Who was she? Suddenly she became my prime suspect. I saw her move her hand on her laptop. The cursor moved on my machine. Somehow she was controlling my MacBook.

I tried to gain control. I put one finger, then two on my touchpad. I was able to move it in the direction I wanted, one inch at a time. But she moved the opposite way. It was a fight. I knew I had to turn off the wireless. If I could reach the icon at the top of the screen, I could regain control. I looked at the woman, who seemed more intense now. I moved it an inch, she moved it back. I struggled. I tried two fingers, then three. I was gaining on her. Pixel by pixel, I now had the upper hand. After minutes of agony, and with a angry glare, I put the cursor on the wireless icon, and hit disconnect from the menu. The wireless icon changed. I was free!

Unfortunately, she was still in control. My cursor shot back across the screen! I was in a panic now. How was she doing this? I could see her glance at me and then move her hand. More programs opened. What was she after? My mind raced. Then it hit me… she was controlling my machine via Bluetooth. I tried to regain control… I fought the cursor back. Back to the top to the Bluetooth icon. The struggle intensified. It seemed like an hour. One pixel, two pixels, three. I finally reached the icon. CLICK! Bluetooth off!

I wiped the sweat from my brow. My MacBook was now free. There was no way anyone could mess with it now. My screen was still! I glanced up at the woman. Our eyes met. I gave her a jeering smile. She looked back at her Dell, closed the lid, and walked out of the Starbucks.

As she walked out, I looked out the window. She got into a white compact car, and drove quickly away. Hopefully I had foiled her nefarious plans… whatever they were. I felt violated. What had she done to my machine? I sat back down and moved the cursor to close the crazy assortment of windows she had opened.

Suddenly the cursor went crazy again. More windows were now opening. I completely panicked. I put my finger on the power button and a dialog box came up. “Did I want to shut off my machine?” it asked. YES! I fought the cursor again, but realized all I had to do was hit the enter key. PRESS… Viola! the screen went black…

After a few minutes, I restarted the machine. The signature Apple beep sounded and the grey screen came up. So far…so good. My main screen soon followed.

All seemed good… until I moved the cursor. The machine went crazy. Windows opened, the whole crazy routine all over.

She must have planted a virus, I thought. I shut the machine off, gathered up my wife, told her what had happened, and headed home. Once there I hooked up the power adapter and fired it up again.

I hooked up an external mouse, and was able to take control of the cursor. I went directly to the App store and downloaded a free virus checker. I installed it among the flying menus and opening windows and set it to scan. I would soon have the problem solved… or so I thought.

I came back in a half hour… No viruses found… Now what??

Finally I did, what I should have done in the beginning. I did a Google search for MacBook Trackpad Problems.

It brought up a series of support responses on Apple’s support board about erratic action , windows opening, and menus dropping. The answers varied and I tried multiple ones. After each one, I tried the MacBook touchpad again. Sometimes the problem would go away for a minute, only to come back. Other times there was no difference. After about an hour of trying, I was about to give up. I was now the owner of a MacBook Pro that was unusable.

Resetting the SMC fixed it for a few minutes, but the problem would soon return

I finally ran into a post on Apple’s site that actually fixed the problem.

It was a matter of resetting the PRAM and NVRAM

After reading the support forums, this seems to be a widespread problem. It happened to me right after I upgraded to Mountain Lion on my machine. While the PRAM reset fixed mine (at least for now) you might try a combination of the others. It seems like this may be a software issue, so make sure you run new Apple updates as soon as they come out.

Combining a fiction writer, a mysterious woman with a Dell, and a wayward Macbook Trackpad, you might get a free chapter for a suspense novel, but not a fix for your erratic computer. Next time I think I’ll search Google first…

Question: Have you had Macbook Trackpad Problems before?