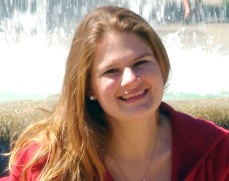 I put up a post yesterday about reading a speech. My advice was not to do it, unless it was absolutely necessary. Most of the speeches that I have seen that have been read are flat, lifeless and boring.

That was until yesterday… 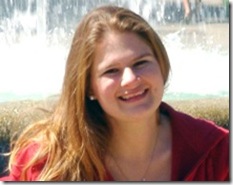 My book editor and blogging friend, Sarah McGaugh, gave a masterful reading performance yesterday at our Toastmasters meeting. It was simply the best read speech I’ve seen in years. Her approach was simple. She took a popular book that the audience would be familiar with and read a chapter from it.

Then she applied her secret weapon.

Sarah McGaugh is an English teacher on sabbatical, staying home to take care of her young children.

Sarah McGaugh picked an amazing book, The Grapes of Wrath by Steinbeck.

She told the audience a story about a turtle crossing the road. You probably read this chapter in The Grapes of Wrath somewhere along the way in school. It is chapter three in the book. It is a chapter that you probably forgot, yet the story has amazing consequences for all of us.

It’s a story about a land turtle crossing the road and getting knocked back to where it started by a truck.

It’s a story about getting knocked down and getting back up.

It’s simply a story about not giving up

Then she did what every teacher is taught to do…

Sarah took these masterful words, added passion, precision, and intelligent pauses. She painted us all a picture of our lives lived out in the story of a turtle…

And over the grass at the roadside a land turtle crawled, turning aside for nothing, dragging his high-domed shell over the grass. His hard legs and yellow-nailed feet threshed slowly through the grass, not really walking, but boosting and dragging his shell along. The barley beards slid off his shell, and the clover burrs fell on him and rolled to the ground. His horny beak was partly open, and his fierce, humorous eyes,under brows like fingernails, stared straight ahead. He came over the grass leaving a beaten trail behind him, and the hill, which was the highway embankment, reared up ahead of him, For a moment he stopped, his head held high. He blinked and looked up and down.

At last he started to climb the embankment. Front clawed feet reached forward but did not touch. The hind feet kicked his shell along, and it scraped on the grass, and on the gravel. As the embankment grew steeper and steeper, the more frantic were the efforts of the land turtle. Pushing hind legs strained and slipped, boosting the shell along, and the horny head protruded  as far as the neck could stretch. Little by little the shell slid up the embankment until at last a parapet cut straight across its line of march, the shoulder of the road, a concrete wall four inches high. As though they worked independently the hind legs pushed the shell against the wall. The head upraised and peered over the wall to the broad smooth plain of cement. Now the hands, braced on top of the wall, strained and lifted, and the shell came slowly up and rested its front end on the wall. For a moment the turtle rested…

I came away with a totally new appreciation of Steinbeck, whose books I had to read in high school. While his words meant little to me years ago, this story of a turtle showed me the magic of his prose. I want to pick up his books now and savoir in the words.

His story of the turtle ends in a powerful, yet subtle way, and is a reminder to us all, that in life we will get knocked down. It’s up to us to get back up.

And now a light truck approached, and as it came near, the driver saw the turtle and swerved to hit it. His front wheel struck the edge of the shell, flipped the turtle like a tiddly-wink, spun it like a coin, and rolled it off the highway. The truck went back to its course along the right side. Lying on its back, the turtle was tight in its shell for a long time. But at last its legs waved in the air, reaching for something to pull it over. Its front foot caught a piece of quartz and little by little the shell pulled over and flopped upright. The wild oat head fell out and three of the spear-head seeds stuck in the ground. And as the turtle crawled on down the embankment, its shell dragged dirt over the seeds. The turtle entered a dust road and jerked itself along, drawing a wavy shallow trench in the dust with its shell. The old humorous eyes looked ahead, and the horny beak opened a little. His yellow toe nails slipped a fraction in the dust.

Thank you Sarah for sharing a story we all need to hear, and thank you for opening a world of books that I never had an appreciation for… until now.

Question: Which Steinbeck books have you read?