I had the privilege of attending the first ever, Extreme Leadership Summit created by author and speaker, Steve Farber in San Diego. 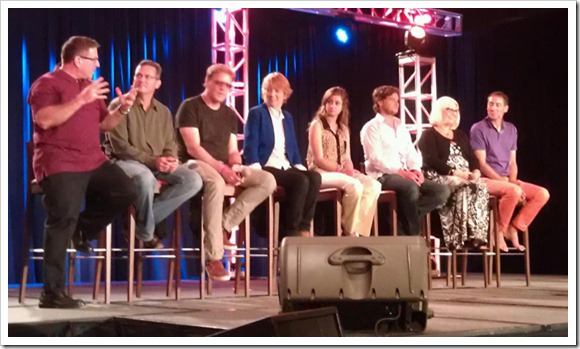 Over the course of three days, I had the chance to listen to 8 amazing speakers including…

Here are some of their quotes on leadership and some helpful links from the program.

It’s Not Just Who You Know

Avoid Relationship Detours In a Pay It Forward World.

“You will always gravitate to your strongest, most dominant, focus”
~ Brian Mayne

We are a heavy metal version of Cats! ~ Jay Jay French (Twisted Sister) talking about the unchangeable nature of Classic Rock

The Business of Rock

“The Extreme Leader is a generator, a powerful force for action, for progress, and an enthusiastic believer in people and in their capacity to do the awesome.” ~ Steve Farber

“Use your passion to change the world” ~ Jessica Steinberg

“A killer culture is your business’ largest long-term strategic advantage. A culture based in the principles and values of Extreme Leadership can propel your company to the top and keep it there. But you have to make it operational by living it, reviewing against it, rewarding it, and giving people ownership of it.” ~ Simon Billsberry

Question: What is your Favorite Leadership Quote?