Back in the late 90’s housing prices started to rise at a significant rate here in the United States. From California to Maine prices were going up at a steady clip. Housing had finally climbed out of a long recession and the future looked bright.

As we came into the new millennium, prices kept going, fueled this time by ever lower interest rates. Suddenly we were seeing home prices go through the roof. The previous year’s $200,000 dollar house was now over $300,000. 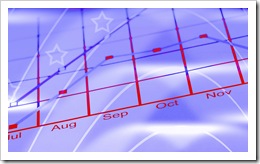 As prices rose, lenders were in a frenzy to keep up. Suddenly the average Joe wasn’t able to qualify anymore. Something had to happen to keep this incredible momentum going.

Lenders came out with all sorts of programs, from interest only loans to adjustable loans with a teaser introductory rate. The housing market continued its rapid climb. As the average price climbed over $400,000 in some of the hotter markets there was suddenly some additional problems getting people qualified.

Enter the interest only, subprime adjustable loan with a teaser introductory rate. This baby had it all! Almost anyone could qualify for this 1% introductory rate. In most cases this rate would last at least 6 months or a year… enough time for housing prices to rise again.

The lenders didn’t mind that most of their borrowers could not possibly qualify for this loan amount with a standard 30 year loan… hey prices were going up like a rocket. With the skyrocketing prices, if the customer couldn’t pay, they would just foreclose and make even more money.

Unfortunately the bubble burst in 2005-2006 as interest rates started to climb and previous buyers were starting to have problems paying back their loans.

The buyers market dried up quickly and home prices started a steady decline. This started a snowball effect that rippled through the stock market as the subprime lenders found themselves with a mass of defaulting loans. Stock prices on companies that had provided these loans dropped like a rock.

But the pain didn’t stop there. Local and state governments that were used to the property tax windfalls that these high home prices had produced, were now seeing their coffers beginning to empty. New homes weren’t selling and local school districts were not getting their developer fees.

The snowball continues to roll with state governors (such as Arnold Schwarzenegger) announcing 10% or higher cuts in the state budget for education and needed services.

It’s interesting that allowing such unrealistic loans caused so much pain. Should we ban such loans in the future or will they come back again as the economy improves? Will we continue to sacrifice long term stability for short term profit?

We saw what happened in the late 1990’s with the herd mentality and the IPO’s of one Internet company after the other driving up stock prices. This time around it was the herd driving housing prices through the roof.

An interesting book on the subject is The Wisdom of Crowds by James Surowiecki. The crowd mentality in this case surely comes into question, as buyers were led into an unforeseen situation where costs went up and equity prices came down. 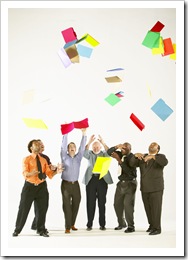 Unfortunately many people will lose their homes and others will be out of jobs because of this phenomenon. It really brings up the question… should you follow the crowd?