When I think of the title of “Giver” I think immediately of Mother Teresa or other helpful person. Someone who has given up the comforts of a normal life to help others. There are many “Givers” in our society, many whom you would never know. The person working behind the counter in a soup kitchen, the volunteer for the Salvation Army, or even the Sunday School teacher taking care of your children. People giving of their time and resources to help others have a better life.

A career of a giver is one of sacrifice. The jobs are usually low paying and may require the person to raise their own support. The hours are long and may be in a tough location. The giver may have to put themselves in harms way working in war torn areas or gang infested neighborhoods.

Why would anyone want to do this?

Why would someone sacrifice a great career to work in these conditions?

The answer is simple: The rewards are great!

To see the eyes of a child open as they learn to read. The wonder of seeing a homeless person transformed into a working member of society. To give a hot meal to a needy family on a cold morning. These are the benefits of being a giver.

The rewards that a paycheck could never bring.

To bring about change instead of sitting mindlessly in a cubicle watching the time tick away.

A little bit of your time and a few dollars.

Let me tell you an experience of mine… 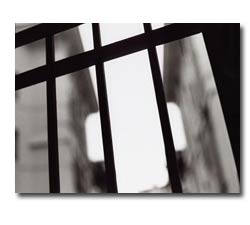 There he was standing at the gate. He didn’t want to come in. He was too bad. Too dirty and filthy from months on the street. He just wanted something to eat. He felt ashamed to come through the gate. We found out that his name was Hal. He was wearing a filty old pinstripe suite covered with the grime from sleeping on the street night after night. You could smell him 20 feet away.

He just wanted something to eat… and then be on his way.

Tom insisted that he come in. “You gotta come in if you want to eat,” Tom said in a rather stern voice. Hal looked at him and started to turn away. Tom put a hand on his shoulder and just said, “Come on in” and opened the gate.

Tom led him in and motioned for him to sit in the barber’s chair. “Let’s get you cleaned up for dinner,” he said as he put a barber’s apron around his neck. It wasn’t long before Hal’s hair was washed and cut and the old scraggly grey beard was shaved into oblivion.

Suddenly there was a real person behind all the hair. Once Tom was done he led Hal over to the shower room where he was able to wash away years of neglect with some hot soap and water. His nails were cut and he was given a whole new wardrobe of clothes. When Hal came out of that room and sat down for dinner he was a new creation.

I didn’t recognize him. He looked like a business man. He looked like he ran the place. I’ve never seen such a big smile as the one on Hal’s face that day. Hal enjoyed a wonderful meal of turkey, dressing and all the fixings.

He was changed on the outside… now the hard part would begin.

The change on the inside would take much longer. But Tom was a giver and he wasn’t giving up easy on Hal.

Tom worked with the homeless everyday at the shelter. My wife and I were just there on Thanksgiving to lend a hand. We had the privilege of sitting at dinner with many of the homeless on that sunny Thanksgiving and hear their stories. Stories of walk-abouts, lost jobs and sickness. But that day they all had hope. They weren’t hungry anymore. They were given new clothes and a new chance.

And Tom helped him step by step to regain his dignity. He helped Hal get some training, a place to stay and after a few weeks a real job.

It was a tough road for Hal, especially when Tom would knock on his apartment door every morning at 6:30 am. But the hours and compassion paid off. Hal now works for the same shelter that changed his life. Giving faith, hope and love to others standing at that same gate.

When people knock, Hal is there to answer…