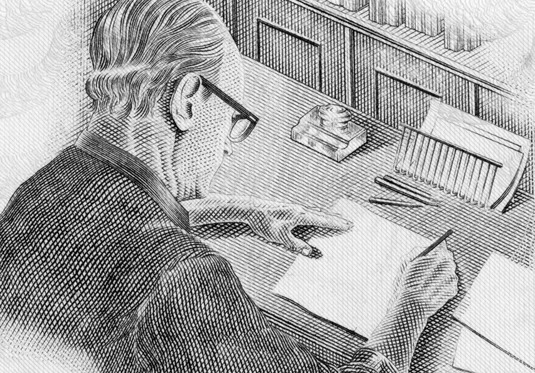 Sitting around the long wooden table, the six of us had a mission. A plastic container was passed around containing various objects. We were to select one and put it in front of us. The young woman at the end of the table, gave us instructions. Her eyes gleaming, she said, “I want you to take five minutes and free write about the object you have chosen. Don’t overthink it, just write.” 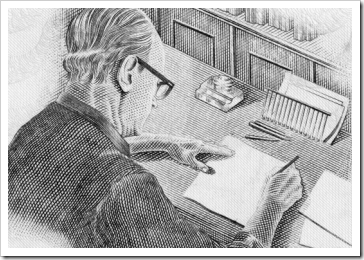 Six writers, including our leader, followed the instructions and soon produced short works on paper. When we were done, we took turns sharing our creations. One after the other, we shared the stories of our objects. My item was a Santa stocking, others had small office supplies, toys or small crafts.

Creative storytelling ensued, and each writer added their exclusive voice to the occasion. There was humor, there was tragedy. Some were serious, others light hearted, yet when it was over one thing stood out. We had all shared from the heart. We all had a unique voice.

At the end of the sharing session, I was impressed by the creativity, yet something stood out. Five of the stories resonated, yet one jumped off the page. One was so different from the others, I had to ask why.

One was so rich, so full of life, it was like hearing a chapter from a Pulitzer prized novel. This was free writing, top of the head stuff. Five minutes, no rewriting, yet the gentleman to my right had produced words so compelling I had to know the secret. How did he get such a vocabulary? Where had he learned to write in such a manner?

His name was Gordon, and he wrote for the local paper and did some freelance work. I have met many journalists, but most are fact oriented. Very technical, and to the point. Yet Gordon had painted us a picture in five minutes that seemed like a Rembrandt painting or an Ansel Adams photograph. It was a masterpiece.

Amazed at the content, I asked him where he got the vocabulary to write so well.

He held up his hand, and told me a secret so simple, I could hardly believe it.

I figured he had taken a vocabulary course or had written fiction for years.

Neither of those were true.

He looked at me and said these words, “The simple secret to greatly improve your writing is to read and write poetry.”

Poetry? I have read and reread many books on writing. I’ve learned about plotting, scenes, and story arcs, but no one had ever shared the simple secret of poetic writing.

Yet Gordon’s prose was compelling. I wanted to know more. When I got home, I went online and started to investigate the world of poetry. What I found in just a short time was the richness of the craft. The concentration and precision. To say in just a few words, what most writers will express in a chapter or a whole book.

I am now a poetry novice, but I’ve set a goal for myself in the coming year. To read good poetry every day. I’ve also set a goal to learn to write poetic words. To put down in just a few sentences, magic words like Gordon shared at the table.

My eyes have been opened. I would love to hear from you suggestions of great poets and places where I might learn the craft.

I would like to leave you with a sentence from a poem I just read this morning by Nikky Finney in a poem entitled Dancing with Strom.

Wow… what a sentence. The power of concentrated and precision words can take your writing to a whole new level. The surprising key to better writing may just be a poem away.