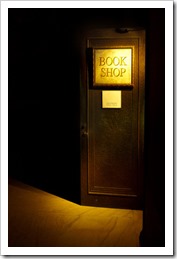 As a fiction writer, I love to create unique characters, amazing places, and uncanny adventures. I have the power to put my characters through tough situations and have them face impossible odds… all at the stroke of a pen.

I am constrained only by believability, but that can be stretched to the limit. Readers are forgiving if you offer them a compelling story, even if you are stretching natural laws, such as gravity.

Take the new movie, Fast and Furious 6. The action sequences are way over the top. In the real world, they would be completely impossible. Yet, in print or on the screen, we enjoy seeing our characters doing incredible activities.

But what happens when our fictional characters become real?

Have you ever experienced a scene or a character out of a book, actually come to life?

1. I’m a huge mystery fan and have recently picked up a few of the Sue Grafton Alphabet Series books at my local library. I instantly found the main character, Kinsey Millhone, to be fascinating. Her quirky manner, and in-your-face attitude, makes for great reading. There was something about her that clicked. It wasn’t until I picked up an audio book version, that I could tell what it was. 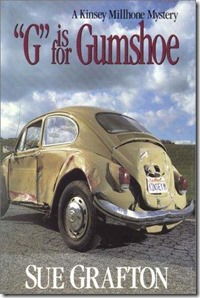 Once the voice actor started reading, it was like I was hearing a long time friend of mine that I used to work with. The voice was similar, along with the inflection and attitude. I closed my eyes, and fiction became real. My librarian friend became a full fledged private investigator. The cars were similar as well as the clothes, while the words and phrases were uncannily parallel.

I could see my friend doing stakeouts, chasing bad guys, and getting into all sorts of trouble. This made reading the books all that more fun.

2. My wife and I recently took a short two day vacation in Santa Barbara, the home of the fictional town, Santa Teresa, in Sue Grafton’s books. As we drove through the streets, many of the landmarks from Sue’s books came to life. The courthouse and police station was just like she described. The streets and buildings of Montecito (Montebello in her books) were lush and green while being very accurate, even though some of the street names were changed. Harley’s Beach turned out to be Arroyo Burro Beach and fit the depiction perfectly.

But what really stuck out was our adventure at the Coffee Cat. This is a really cool coffee shop, just off State street. My wife and I ordered White Chocolate Lattes and were sitting at a small table. There were two women, both in their late 30’s, sitting at the table next to us. As I overheard their conversations, it became apparent that one was a police officer and the other was some type of investigator. When I looked up, the gal looked just like the description of Kinsey Millhone in Sue’s books. My ears perked up, and it was like I was listening to dialog right out of the series. It was like Kinsey was sitting right across from me, working on a case.

Finally, I asked them if they had read any of Sue Grafton’s books. It turns out that both of them had. I told the one gal she was a spitting image of Kinsey and we all laughed. She thanked me for the compliment. Fiction does come to life at times.

3. In my fiction book, Finding Tor, I have a mysterious character that is revealed half way through the series, who has lived on one of the Channel Islands for many years. He is an old man with a grey beard, and he works as a tour guide. 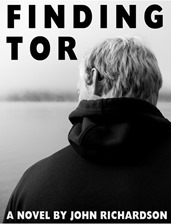 When I wrote the book, I had never been to the islands before, so I wrote descriptions by using aerial maps and photographs. My characters were completely fictional.

Recently, my wife and I took out first trip to the Channel Islands on one of the boats. As we pulled out of Ventura harbor, an older man with a grey beard sat directly across from us. He introduced himself and said he was a part time tour guide, and would be glad to show us around when we got to the island. He looked just like my character as described in my book.

When we got to the island, the terrain and the surroundings were just like I imagined. Our new found tour guide showed us all around, taking us up the hills and showing us incredible vistas of the mainland. I just kept shaking my head. It was like fiction had come to life. Both the tour guide and the island had come true. I still can’t believe that day. We actually found Tor!

Overall: Sometimes the truth is stranger than fiction. Sometimes truth mimics fiction. When fiction becomes reality, you just have to wonder about the true nature of the universe.

Question: Has Fiction come to Life for You?