What do you get when you combine a flight training school, an Aston Martin dealer, and over 20 men dressed in black? You get the first part of a wonderful day of connecting disparate groups of people together into an incredible event. Add in over 20 fashion models, a couple more spectacular cars and one woman who knew how to connect with everyone, and it all came together on the tarmac under a beautiful San Diego sky. 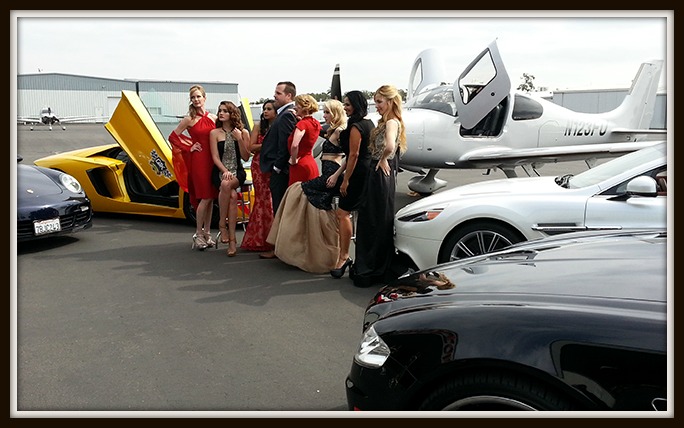 Marie Waite and her friend, Steve Matley, pulled everyone together for a James Bond Photo Shoot, to help promote a themed fashion show in April for a local non-profit, benefiting many different local charities. It was one of the most spectacular events I have ever been involved with.

The interesting thing to me, is it all started as a simple conversation at a casual dinner about a month ago. I was sitting with Steve and Marie and we were discussing how to promote the fashion show. The theme of the show is James Bond and entitled “For Your Eyes Only.” As we talked, I mentioned in jest that to pull this off you’ll need an Aston Martin, maybe a Lamborghini or other fast car, and of course an airplane.

We left the dinner that night and I figured that she would come up with a graphic that would depict the event nicely. Marie had never seen many of the older Bond Films, but knew three things… she needed to find someone with an airplane, someone with an Aston Martin and a visually interesting place for the shoot.

Within a week, she was on the phone and connecting at local events. Soon she had the cars lined up and just by accident happened to be talking with someone at an event who ran a flight school in San Diego and would be glad to provide a location and an airplane. Now the cogs were turning. Working out the technical details with Steve, she moved forward, set a date and location, and called up her fashion designers and models. Within days she had a poster created, the location secured, and a Facebook group to tie everyone together. I still can’t believe she pulled this off.

It all came together in spectacular fashion last Saturday. 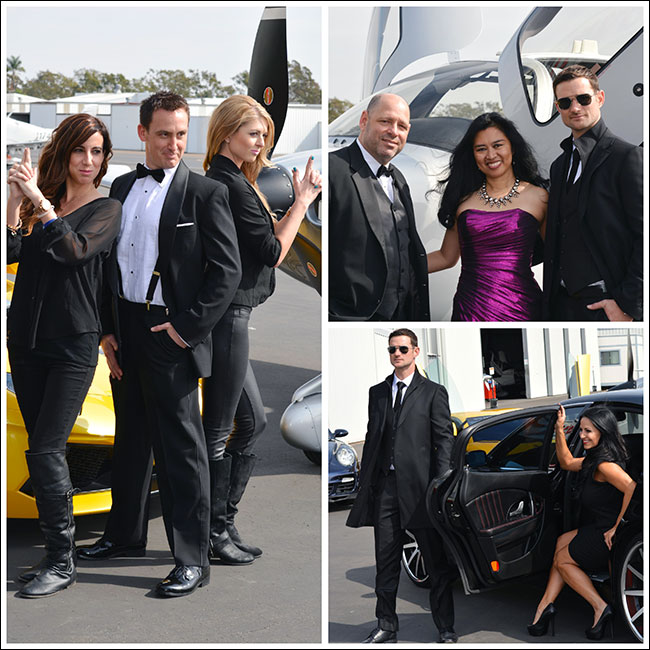 Through this whole event, I learned three important lessons about connecting with people.

Overall. I had an amazing time at this event and made a lot of new connections. I came away with some awesome pictures and some new business opportunities. I want to personally thank Steve and Marie for putting this on. I now know what it is like to work with a true connector. I can’t wait for the Fashion Show.