Melinda came up to the stage and was introduced. She was the test speaker for the Division C evaluation contest for Toastmasters. I was an evaluator. Her eyes opened and she looked straight at me. She pointed her finger and in a loud crisp voice she asked… “Do you have the power?” Everyone in the room was mesmerized. She asked again, only this time a little louder and a little more pointed. She was expecting us to respond. 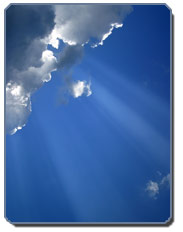 She asked again now with her eyes beaming. Everyone was in awe. Now she said with a loud voice.. repeat after me… “I have the power.” The audience went crazy. “I have the power,” was repeated by the large enthusiastic audience. “Again, but this time louder,” she boomed. And the audience responded with a roar… “I Have The Power!“ She had all of our attention now.

Melinda, a tall black woman, was dressed in bright green and had fire in her eyes. Her speaking style was like that of a fire and brimstone preacher. She started talking about the workplace and the negative influences that we all battle with everyday. The negative co-worker, the irritating boss, and the gossip hounds at the water cooler. She talked about their influences, how they bring us down and ruin our effectiveness.

Then she fired back… “You Have The Power… to overcome these forces.” She spent the next five minutes going over strategies for success. She talked about our uniqueness and our attitude. That we truly have the power to overcome and rise above mediocrity. We don’t have to be like them. She encouraged us to find our purpose and to use joy as our motivation.

She ended her speech powerfully admonishing all of us to use our power for greatness.

Now it was my turn. They took all of the evaluators out of the room and we had 5 minutes to get our notes together. This was no ordinary performance. How do you follow such a powerful speech? I knew that I couldn’t just give a standard evaluation, a dot the i and cross the t performance. No it had to be different… it had to be powerful.

I walked into the room, was introduced and I turned and faced the audience. Suddenly in the flash of a second, I was on fire! Melinda’s explosive enthusiasm had energized me like no one else had before. I started to speak loudly to the core of the room, my usually soft voice was now booming. I was preachin’ it just like Melinda. As I spoke to the audience and Melinda, the fire inside kept me going. Her powerful words were now coming back.

For three minutes I was transformed, sharing the power with the audience. I told her the strong points of her speech and then made a couple of recommendations. Melinda had a lot of points which were powerful but I suggested that she include a story of someone that had found the power to overcome. Tell a story, make a point , I extolled. The other suggestion was to create an acrostic of points that we could all take away. Spell something out that is easy to memorize and tell her story with it.

Soon the timing light turned yellow and I admonished the audience to take Melinda’s advice and make a difference… you have the power! I sat down in my seat visibly energized. Something had come out of me like never before. I’m sure my booming words startled the judges, but this was so different. I couldn’t be my usual self… after all… I was on fire.

One after the other, the next four contestants came in and gave their evaluations of Melinda. Everyone was passionate, but they all managed their demeanor and gave very structured evaluations. Soon the contest was over and the awards were given out. I wasn’t sure how I would do. I knew that my performance was over the top, but this was like no evaluation I had ever given before. This was by far one of my most powerful performances ever. Melinda had lit a fire on passions that I didn’t know I had.

When the trophies were handed out, I found that I had come in third. For once in my life, winning was not important. I’m sure my fiery preaching was a little hard to judge. As I talked with everyone afterwards, many mentioned that they had never seen me that passionate before.

I came home a changed person.

As I went to sleep, I knew that I had to tell this powerful story to others. The next thing that I knew it was three in the morning and words were flowing around in my head. The word “POWER” kept coming up and all of a sudden an acrostic appeared, just like I had mentioned in my evaluation. The following words tell the story…

These are such simple things, yet together they give us the unique power to overcome the negative forces that surround us. They help us find our true purpose. I will share with you today… take your unique personality, look for an opportunity, follow it through with enthusiasm, and expect great results.

You Have The POWER!

Thanks Melinda, for giving me an amazing story to tell!