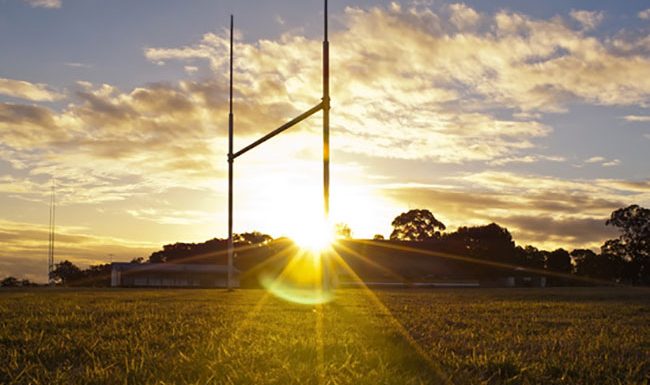 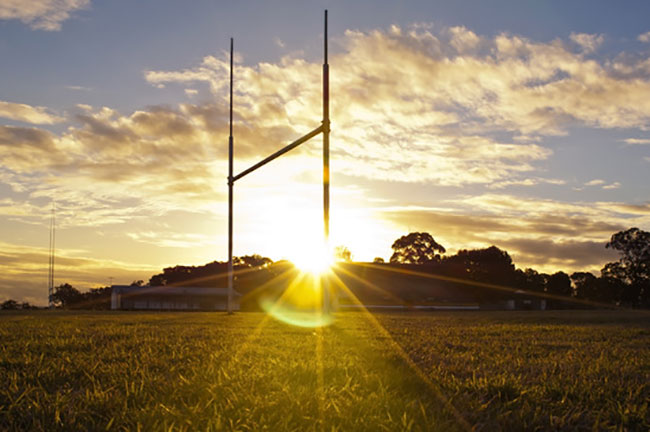 When we talk about success, it is helpful to break down complex ideas into everyday topics. Ones we can understand and relate to. For this article, I’m going to use the analogy of success in an NFL football game. We’ve all seen games on TV, and many of us have been to one in person and may have played the game in school or college.

The game of football faces off two teams competing against each other. The goal of the game is to outscore your opponent. There are two conferences, the AFC and the NFC. They each have 16 teams and play a 17-week regular season. Out of the league’s 32 teams, six (four division winners and two wild-card teams) from each conference compete in the NFL playoffs, a single-elimination tournament culminating in the Super Bowl, played between the champions of the NFC and AFC.

Let’s take a look at how Football relates to goal setting.

By having a long-term goal in place, each team knows that it must win a majority of the games it plays to advance to the playoffs and ultimately have a chance to win the Super Bowl. With a long-term goal, the individual game of football becomes much more attractive. There is more at stake than just the game itself.

When you are setting goals for yourself, having a long term strategy is important. You need to know where you are going and what you are trying to accomplish. For major life goals, it’s good to go out 50 years, ten years, five years, and one year. This gives you a strategic path for your life. Once you have those in place, you can assign smaller milestones, such as a 10-week goal, weekly goal, and daily goal. Now you have your short and long term goals in place and can set up actual action steps, or plays as it would be in football.

Focus on the Big Picture

By starting with the big picture and breaking your goals down into milestones, you can quickly design action steps to help you fulfill your goals. The purpose of each of these action steps is to move forward.

As in a football game, each action step or play is crucial. You are sure to fail at some of these, but it is important to learn from each one, strategize your moves and find out how to mount an effective offense. The team you face is formidable. You need to defend yourself from its offense and penetrate its defense. Once you do, you can move efficiently down the field, and ultimately score a touchdown.

As you can see from the analogy above, having a hierarchy of goals lets us plan to not only win the game but also advance to the super bowl. However, the real forward motion is handled on each play. Just having the goal in place does us no good, unless we are willing to get on the field and take action.

In football, each team we face will present different obstacles. Some may have a great defense, stopping us in our tracks. Others may have a great offense, penetrating our defenses and scoring points against us, ultimately defeating us. To win the game, you need to observe your opponent, do your research and prioritize your response. As in football, your team has limited resources. The key to winning is to prioritize your actions. If your opponent has a great defense, you need to strategize and set priorities to get past their line of scrimmage. You, as the quarterback, need to throw a decisive and well-placed pass down field to move forward.

On the other hand, if your opponent has a great offense, your defense must be strong. Bringing the right players on the field is of the highest importance. Here is the secret to winning games and going to the Super Bowl. It’s important to build the right team. The people you surround yourself with are crucial. You need to set priorities and bring in the right players. Weakness in any major area will bring defeat.

When setting goals for yourself, you need to prioritize your actions and your team. You need to say no to plays and players that will not help you move forward. By weighing each play and player with a list of pre-chosen priorities, you’ll have a quick and easy way to advance to the goal. Just throwing players in the game and taking random plays is a sure recipe for defeat.

One of the number one priorities you need to set is to bring in a good coach. Someone who knows how the game is played and has the winning strategy to help you win. Without a good coach, even the best quarterback will struggle. When setting your goals, having a personal coach, mentor or mastermind group will help you strategize success.

So here is the definition of success. Setting priorities allow you to choose what is best for your team and saying no to the rest. Picking the best coach, players, and plays is the absolute key. By setting priorities, you set yourself up to win.

That brings up our last point in our analogy of success.

Ultimately NFL football is about the enjoyment of the fans. They will pay good money to come and watch your games and buy the products of advertisers that promote their games on TV. If you have a lousy team, your fans will not be happy and either will you or your players.

What makes a great NFL game? Two great teams going at it on the field. Each team at the top of their game. Fans on their feet, cheering. Each team with a legitimate chance at the Super Bowl.

That’s why playoff games are so exciting.

It’s also why each game in the regular season is so important.

One missed play during the regular or playoff season can spell defeat.

But what does happiness have to do with setting goals?

Researchers have found that one of the primary keys to happiness is moving forward on a worthwhile goal. Think about football for a moment. While an exciting game is great for fans to watch, it’s super motivating for the team. Each play is critical. Team interaction is essential. Having a worthy opponent is imperative. One sided blow out games are boring. So are goals that are too easy.

Creating the right team, pulling in the right coach and setting up the right plays allows you to compete at a greater level of success. While there will be down moments and disappointments, the overall enjoyment of your endeavor will be determined by your team and the level of competition you are willing to tackle. Pick something too difficult, and you’ll agonize every play and ultimately quit. Take on something too easy, and you’ll soon lose interest in playing.

Creating worthwhile goals and bringing in a great team is the first step. Creating a strategy and setting priorities is the second. Third, by taking action and moving forward, you’ll ultimately find success with greater motivation and more enjoyment of the journey ahead.

Whether the game is football, basketball or soccer, goals encompassing a great team, insightful coaching and a healthy level of priority will lead to an enjoyable season and may bring on a championship

For you, creating a new business, designing a new project or taking on a high-level bucket list item, will result in an enjoyable journey if you select your team with care, prioritize your tasks and create a strong but doable goal.

In our next post, we’ll take a look at those long term goals and put together some tools and procedures to create them that will lead to a lifetime of success, while enjoying the ride along the way…