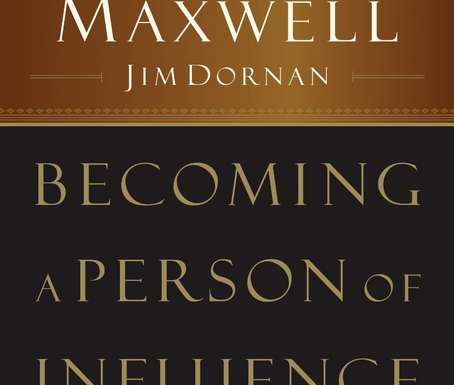 I have been reading a fascinating book by John Maxwell & Jim Dornan entitled “Becoming a Person of Influence”. This book has been very insightful as well as humbling. 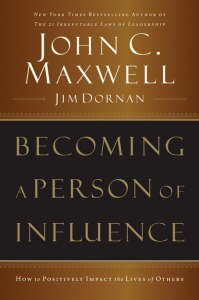 The book has ten chapters which form an acrostic with their titles.

Some of the greatest influences in my life have come from my Toastmaster friends and acquaintances. People that have given me direction, helped me set goals and set a vision of where I could go. Each time I would reach a milestone, they would encourage me to reach for the next level. Without their influence I would have dropped out of the Toastmasters organization long ago. It would just have been another failed attempt at personal growth.

But many of the leaders in the organization model the 10 qualities listed above. They understood where I was coming from and the battles I would face to stick with it. They helped me not only with the educational track in Toastmasters but the leadership track as well. I am very grateful for their leadership.

This last week I reached a personal milestone, that of DTM or Distinguished Toastmaster. This is the highest level of achievement in the organization and one in which I realize that I need to give back to others who are climbing the ladder.

As I’ve read the individual chapters I am humbled by my weakness in some of these areas. I have some growing to do to become a person of influence. I need to take the “me” out of it and put others first. I would really appreciate your comments and experiences in the 10 areas as we take the journey over the next week.