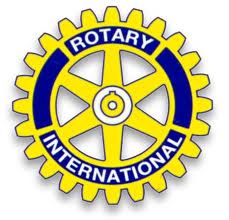 As a speaker I’ve learned that there are a few topics that are off the radar. I try not to bring up politics or religion and instead focus on things that will draw an audience together instead of dividing it in half. I know for example that just the mention of the word abortion or death penalty can have disastrous effects. All of a sudden by uttering a few words half of my audience has turned against me.

Yet we need to find a way to convey controversial ideas to an audience. We need to find a way to bring the audience with us. I’ve found that using stories and leaving out buzz words is usually effective. I try not to take sides, but put the listener in the situation and have them see things from my point of view. Painting a picture instead of preaching has worked well for me.

But this morning as I write this, I am about to head off to a speech contest where controversy is center stage and the rules of speaking etiquette are thrown out the window. I’m going to a student speech contest, held by our local Rotary club for our local high school kids.

I’ll be in the audience as a judge. This is my seventh year, and I wouldn’t miss it for the world. The students are wonderful because they speak from the heart. Most of them don’t care what the audience thinks about them. They have a point of view and they express it.

It’s really refreshing to see subjects expressed that I would never take on in a million years. It’s exciting to see the raw emotion from students that passionately care about something. They haven’t been beat down by the consequences of controversy. They say it and they mean it.

The top three speakers will get a prize money and the winner will go on to the district contest, but the ideas expressed will stay in our minds for a long time. And they may just make a difference…

Question: have you ever spoken about a controversial subject?