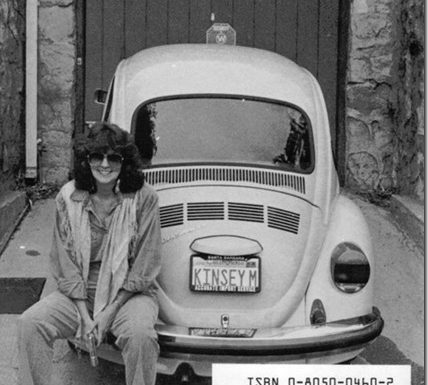 I love a good mystery. As a child, I grew up with the Hardy Boys and Tom Swift. At the end of each chapter there was a twist or turn that kept you reading. It practically made you turn the page.

Most times, I would get a new book and read it cover to cover. There was excitement, there was adventure, but more than anything else, there was mystery.

What would happen next?

A few months back, I discovered the Kinsey Millhone Mystery Series by Sue Grafton. You’ve probably seen these books in your local bookstore. They all start with a prominently placed letter of the alphabet, followed by the words is for and then a descriptive word.

Her series started with A is for Alibi, continued on with B is for Burglar, and after almost 30 years, is getting ready to release W is for Wasted.

When she is done with the series, there will be 26 books in all, representing all letters of the alphabet. She has already titled the last one, Z is for Zero.

As I write this post, I’ve read or listened to six of her books. They all take place in the fictional city of Santa Teresa, which in reality is the California coastal town of Santa Barbara.

Her protagonist, Kinsey Millhone, is a private detective with an attitude. She describes herself this way…

My name is Kinsey Millhone. I’m a private investigator, licensed by the state of California, operating a small office in Santa Teresa, which is where I’ve lived all my thirty-two years. I’m female , self -supporting, single now, having been married and divorced twice. I confess I’m sometimes testy, but for the most part I credit myself with an easygoing disposition, tempered (perhaps) by an exaggerated desire for independence. I’m also plagued with the sort of doggedness that makes private investigation a viable proposition for someone with a high school education, certification from the police academy, and a constitutional inability to work for anyone else. I pay my bills on time, obey most laws, and I feel that other people should do likewise . . . out of courtesy, if nothing else. I’m a purist when it comes to justice, but I’ll lie at the drop of a hat. Inconsistency has never troubled me.

From Chapter 1 of E is for Evidence

I love Sue’s writing. She includes detailed description, and each of her stories takes you into the mind of her main character. Her first person style makes the stories come alive. Kinsey’s quirky personality is refreshingly real.

But what has really intrigued me, is her description of Santa Teresa, and many surrounding towns. Sue mixes in real streets and locations with fictional ones. As someone who visits the real Santa Barbara, multiple times a year, I’ve been fascinated with her adventures on streets and locations that I know by heart. 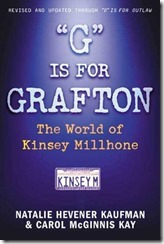 To take her books to the next level, I recently ordered a book called G is for Grafton, written and compiled by Natalie Hevener Kaufman and Carol McGinnis Kay. This book takes you into the world of Kinsey Millhone, with maps of the fictional Santa Teresa, along with floor plans, case logs and photographs. (Unfortunately, this book is out of print. I had to order a used copy)

After reading some of the chapters, this amazing fictional world is truly coming alive.

The really cool thing is…

So far, I like some of her early books the best, but each novel is like a work of art. Each has its own character and ambiance. If you want to get a feel for the series, I suggest D is for Deadbeat, or E is for Evidence. Both of these bring you in quickly and will keep you turning the page.

In my next post, I’ll take you deeper into the story and tell you some of the things I learned from Sue and her amazing writing routine. If you are a fiction writer, you won’t want to miss it. I’ll also reveal where Harley’s Beach really is.

Update 2016: I’ve read and listened to the entire series. While all the stories have been good, the later audio books read by actor Judy Kaye are my favorites. Judy has mastered Kinsey’s personality and does voices extremely well for many of the characters. Her rendition of Kinsey’s 8o year old landlord is masterful.

Question: Have you read any of the Kinsey Millhone series? If so, which one is your favorite?