Do you find that some goals are easier to reach than others? Are tedious, boring goals hard for you to finish? Is there a relationship with the level of excitement of a goal and the probability of completion?

I think there is! 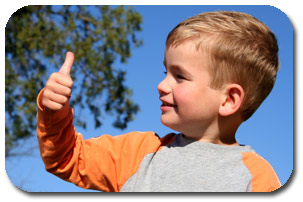 I’ve been listening to a new Audio book by Tim Ferriss, entitled The Four Hour Workweek. This is a surprising book and covers an incredible array of topics. Tim’s premise is to do what he calls “DEAL” (Delegation, Elimination, Automation, and Liberation), and has mastered the art of making his business run as automatically and effortlessly as possible, to the point where he spends only 4 hours a week running it.

Tim Ferriss lives a life almost anyone would envy: he is constantly traveling around the world, has learned 6 foreign languages fluently, competed in a world tango dance competition, has been a National Chinese Kickboxing Champion in China, is a guest-lecturer in High-Tech Entrepreneurship at Princeton, and has been an actor on a hit television series in Hong Kong. The interesting thing is…

In reading Tim’s experiences in his book, one section really stood out. Tim sets goals based on their excitement level. He says that most people base their life’s goals on Happiness. To Tim, happiness can be had in a pill, but excitement is what really drives people to accomplish a goal.

I think there is an excitement quotient in goal setting

Excitement is the motivation that can keep us going when things get tough.

Consider this example… which goal would you be more excited about?

1. To lose 25 pounds with a very restrictive and boring diet
2. Create a lean, muscular body while eating foods you love.

The second one is much more compelling to me. I would last on the first goal about a week at the most and then go back to my old eating habits. But the second goal is one that has a much higher excitement quotient. The thought of having a great looking lean body will keep me exercising and eating right much longer than a boring program any day. That is why the Body for Life program and others like it have been so successful.

Think about your goals… are they exciting enough?

Or are you boring yourself to failure?

Something to think about…