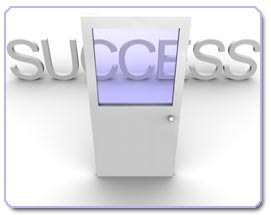 In life, the unexpected often happens. Jobs come to an end, people get sick, and Mother Nature often comes at the worst possible moment. When unexpected things happen, it can effect the best laid plans. That’s why it is important to have “Buffers.”

A Buffer is an “extra” that helps take up the slack until things get back to normal.

Here are three buffers that you might want to consider for the new year.

1. Income Buffer: With the ups and downs of the economy and a record unemployment rate, many people have found themselves out of a job or taking a pay cut. When something like this happens it is always good to have a “rainy day” account.

Best selling author Dave Ramsey, in his insightful book, Total Money Makeover, suggests putting aside three to six months of income into an emergency fund. He gives an insightful quote…

"49% of Americans could cover less than one months’ expenses if they lost their income."

He suggest putting aside 10% of your income into this emergency fund, until you have created a buffer of at least 3 months. His book has many budgeting tools to help you get there.

2. Posting Buffer: If you are a blogger or write articles for publication, it’s always a good idea to have an extra post or two in your back pocket. As I have looked at many of the New Year resolutions out in the blog-o-sphere one of the most common is “I will blog three to four times per week for the next year.”

As a long time blogger I can tell you that this sounds simple, but is actually hard to do on a consistent basis. The solution is to have a buffer of posts or articles, so you can post one of them when conflicts occur.

I have found for myself that Saturdays work well for creating short and insightful posts that can be added at a later date. While it’s tempting to post them on the weekend, it’s better to put them aside and leave them for a weekday when people are at work and traffic is higher.

Having a buffer of two or three back pocket articles can reduce the stress of blogging and take it from I have to  back to I want to.

3. Buffer Days: Many of the resolutions that I have seen lately include a daily regimen. Whether it is exercise, eating better, or a daily reading habit, many of the plans have something happening every day. The problem with this rigid type of plan is that unexpected things come up and mess up the rhythm of the plan.

With any type of daily schedule it’s best to have a buffer day included. For example, when I did the Body for Life exercise program a few years ago, the plan was setup with a free day each week. I usually set the free day for Sunday, but many weeks something would come up during a week day that prevented me from exercising. A simple solution was to make that conflict day my free day and do the scheduled exercise on Sunday.

Having that buffer day made all the difference in staying on the plan.

With the New Year upon us, try implementing buffers into your plans. They will help you be more successful and certainly reduce your stress level. I would love to hear your buffer ideas and success. Please comment below.