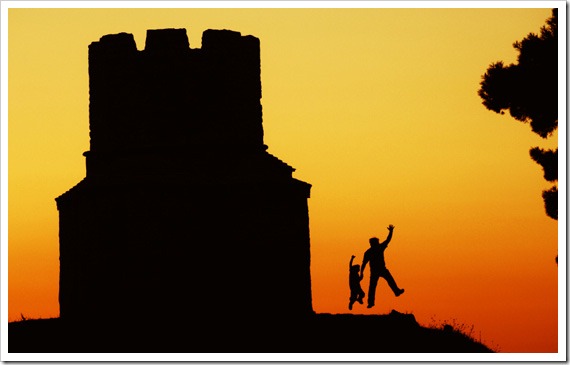 On Father’s day I think back to my dad. He was my best friend and greatest mentor. He lived an amazing life, inspiring everyone he met with a gracious smile and a positive attitude. He passed away in 2005, at the age of 94. I miss him dearly. To celebrate his life and that of all fathers, I present to you some inspirational quotes about dads.

“When I was a boy of fourteen, my father was so ignorant I could hardly stand to have the old man around. But when I got to be twenty-one, I was astonished at how much he had learned in seven years.” ~ Mark Twain

“My father didn’t tell me how to live; he lived, and let me watch him do it.”
~ Clarence Budington Kelland

The father of a righteous man has great joy; he who has a wise son delights in him. Proverbs 23:24 (NIV)

The Road Not Taken

“I have found the best way to give advice to your children is to find out what they want and then advise them to do it.” ~ Harry S. Truman

The Story of a Great American Road Trip

“It is not flesh and blood but the heart which makes us fathers and sons.”
~ Johann Schiller

“Blessed indeed is the man who hears many gentle voices call him father!”

Over The River and Through The Woods

“A man’s children and his garden both reflect the amount of weeding done during the growing season.” ~ Anonymous

Question: In the quotes about dads above, which is your favorite one?