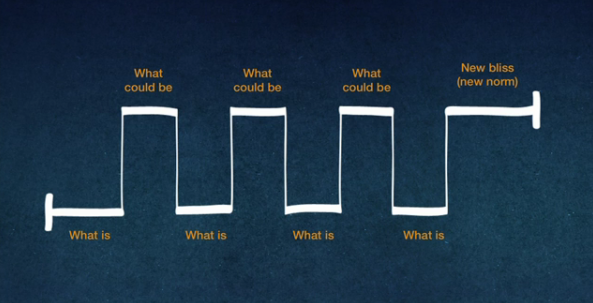 In my last post I talked about going to a student speech contest and the controversial topics that the students usually come up with. This year was no exception. One of the students talked about war. He said that war was bad, because people die, and that soldiers are bad because they kill people. He suggested we do away with both. Another speaker talked about world religions, and how they all provided something good so if we bring all religions together it would be very beneficial to mankind.

While both of those speeches taken in isolation make good points, the reality is that we have bad people in the world that would make each of those concepts impossible. If the U.S. got rid of all it’s soldiers, it wouldn’t be five minutes until we would be taken over by another country. As far as world religions go, many are diametrically opposed to each other. More wars and fighting are the result of religious differences than almost anything else.

It was interesting to hear speeches from students with very idealistic viewpoints. As a speaker, I thought to myself, how would I approach such controversial subjects? It became clear that isolating stories to a certain viewpoint made for a compelling presentation. Politicians use this technique all the time.

I just picked up Nancy Duarte’s new book, Resonate, and have been studying her techniques for making a presentation interesting. She uses the analogy of a sine wave and brings in the fact that we need to offer contrast in our presentations. Offer up a problem and then provide a solution. Bring up a different point and then offer a solution. Repeat throughout the presentation. 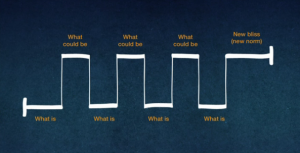 I took a look at her TED speech and she masterfully described how the process works. The sine wave alternates between problem and solution. The presentation starts out with “what is” and then contrasts with “what could be” and then contrasts back and forth between the two. The presentation ends up with a picture of a “new bliss” or what could be if the premise is followed.

Nancy’s presentation really opened my eyes. The idea of using more contrast between what is and what could be was compelling. The more contrast, the more audience interest. I though back to the students idealistic speeches. Certainly these brought audience interest, but they needed the contrast of reality to make them come alive. Could we have a world without war? Could we have world where all religions work together for good? Using Nancy’s sine wave technique to contrast the status quo with what could be, along with a believable path to get there, would make a great TED presentation. Maybe one of these students will make that presentation someday.