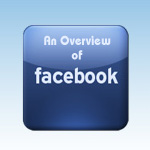 As we enter week two of our social media adventure, we put our focus on the ever popular Facebook and how we can harness its power for personal, business, and individual branding applications.

Facebook was founded in February of 2004 by former Harvard student Mark Zuckerberg, who ran it as a hobby project with some financial help from Eduardo Saverin. Initially Facebook was a closed community, open only to college students from recognized institutions.

This closed membership model kept it relatively small, until 2006 when it expanded further to include high school students, and finally in December of 2008, became available to the general public. The website currently has more than 400 million active users worldwide.

Here are some startling statistics from their latest press release…

As you can see, these are incredible numbers which can help you get your message out, send traffic to your website, and give you a great communication tool to reach out to other people around the world.

This week we’ll look at four different areas of Facebook. We will…

At the end of the week we’ll have a great platform created that will allow us to reach out to our friends, relatives, business acquaintances, and anyone interested in our particular niche.

As usual, we’ll take each task and make it easy to follow along with screen shots and step by step information. If you haven’t joined the Facebook revolution, come along this week and set one up. If you’ve been on for a while, you might be interested in creating a Fan page for your business or creative endeavor. We’ll even show you how to update your Facebook page on the fly from your cell phone using Twitter.