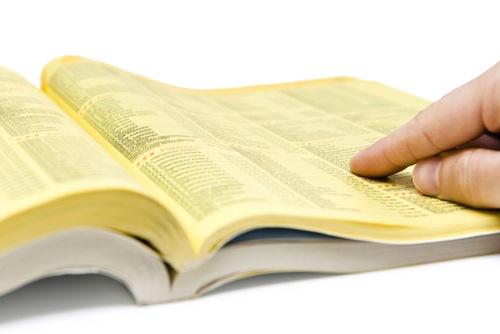 Have you ever had a problem at home and needed to find someone to help? Maybe you needed a plumber or electrician. Maybe you needed a handyman to do some work around the house. If you are like me, you probably went to the yellow pages or online and searched for a local small business to work with. When you looked down that list of potential companies, how did you decide who to go with? It’s not always an easy decision. 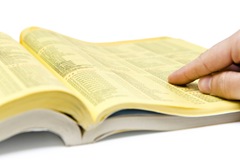 Over the last week I’ve been in a lot of pain. It started last Wednesday when I bent over to put on my shoes. My back just went out. The pain has been manageable but after three days it didn’t get any better. I knew I needed some professional help, so I contacted my insurance rep at work. He said we had coverage for Chiropractic and had me go online and look up local providers. As I looked down the list, one name stood out.

One name stood out because this business had done it’s homework and had contacted me way before I ever thought about a chiropractor. Here’s how they did it.

1. Became my friend on Facebook. About a year ago I got a friend request on Facebook from a James Von Hipple. I had never heard of the guy before, but he was a friend of a friend of over 10 of my contacts on Facebook. I took a look at his page and decided that he would be good to add. The main reason was he had made friends with lots of people in our local business community.

2. Had a mascot. When I looked at this guy’s page, one thing quickly stood out. James had an interesting dog named Congo. One day a caption came up on his page stating Congo Ate My Tacos followed by this picture… 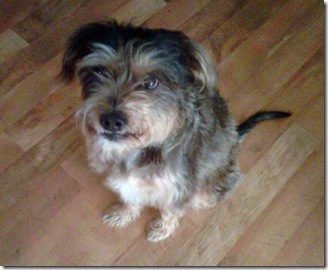 I could tell right away from the look on the dog’s face that Congo was Innocent! Never mind the taco sauce around his mouth, with a look like this he certainly could not have done it. Over a period of months, Congo had all sorts of adventures. Even if I never needed a chiropractor, I definitely needed to meet this dog.

3. Doing something incredible. While James had a cool dog, he also was doing something unique. He was training for an upcoming Ironman Triathlon. As a runner, I’ve always been in awe of people that run marathons or sprint triathlons. But an ironman is different. It’s just plain crazy. It’s a 2.4 mile swim, followed by a 112 mile bike ride, followed by a full 26.2 mile marathon. You just have to finish in under 16 hours. Yikes!

The interesting thing about Jim is he is just a normal guy. To meet him you would never guess he is a Triathlete. Yet this will be his fourth Ironman. And his dog Congo trains with him on the run portion. It’s an interesting story to follow.

When I looked down the list of available Chiropractors last week, the name Von Hipple stood out. I didn’t look any further. I already knew that this would be the place to go for Chiropractic service even though I had never been to one before.

As a runner, I knew that this guy could relate to any sports injury I might have. After all, he is competing in the ultimate endurance event. And I certainly wanted to meet Congo, a cool dog that runs miles at a time. And he was a friend of a friend of many business people in the local community.

Last Thursday, I visited Dr. Jim for my second checkup and as I was sitting in the waiting room, two brown eyes came around the corner. It was Congo the Wonder Dog. He was a lot smaller than I thought, but a great dog and very smart. 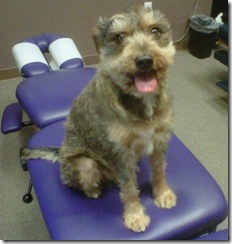 Dr. Jim did a second adjustment which has me feeling much better, and he told me about his training. He’s got about 100 days to go to the Vineman Ironman. I’ve got about 70 until the Tinman Sprint Triathlon. He gave me some great training tips and we talked about recovery and pain management.

Overall my experience at MAC has been great. Even though I was a little apprehensive on my first visit (since I had never been to a Chiropractor before) Jim took the time to explain the procedures, showed me what he was adjusting, and made sure to do a couple of follow up visits. And the cool thing, it didn’t hurt a bit!

As I told people at work about my experience, some of the athletes have expressed interest in seeing Dr. Jim. They like the idea of finding someone that can relate to their injuries and discomfort.

If you have a small business, give people a reason to come see you. Make lots of friends and do something incredible in the community. It won’t hurt to have a great mascot either.

The bottom line, tell a great story and people will beat a path to your door!

Question: What draws you to one business over another?